Many people know from childhood who they want to become in future. Most often asked about their future profession they asked that they want to become a doctor, lawyer, firefighter, actor, teacher etc. However I have decided to learn several languages. But I did not yet guess it that how to apply for such knowledge and how to learn it. At school level we have learned languages, and also decide to learn and take another foreign language course, it was not so easy for me that time but studying it undoubtedly gave me lot of pleasure.

The profession of a traductor (translator) is very common throughout the world. It’s not enough just to learn the courses to become a good traductor. It is necessary to finish the university and constantly replenish your knowledge, as well as constantly to be in the profession, as the language has the property to forget over time. The work of translators is facilitated by new technology tools as, electronic translators, which can be found freely on internet every time.

The profession of a traductor seems to be very creative, even listening to the translation of foreign film, one can understand this easily. I a traductor is talented and competent, make the film much more interesting than of those traductors who do not work with enthusiasm and do not have any sens of humor. To become a good traductor,  you need to be a fairly erudite person and also may understand the topic  on which the text for translation is written and you can fairly translate it to respective language as on demand.

I try to create myself as best as possible in everyday life around the language environment, at list couple of two hours a day. When I meat another language person on the street, I will definitely approach him and ask for help in solving my problem in their language. It gives pleasure to me when you understand, and understand the native speaker what he or she is talking about. I try step by step to achieve the goal. I try to take support from all sides- it’s not just grammar, it’s also culture and textbook and also communication with the people of respective languages.

“The most important thing in learning Traductor someone else’s language is a great love for him, and also respect”.

During my childhood when I was in junior class I got to the  performance of Beijing opera. I realized the need of a traductor their, because I was not able to understand the language of Chinese people there. It made an indelible impression on me. I asked my parents about the actors that where they came from, what kind of language they are speaking and why there are no letters on the posters , only drawing and arrows of varying sizes.

As a consequence, you have to read a lot. The work of the synchronizer traductor is the most difficult, because, at times, these people traduct the meaning of important political and other negotiations. The traductor must know the two languages well as to avoid mistakes. To obtain best result need very hard work and overcome obstacles. But I have confident so more that I will manage at any stages. I have courage of overcome obstacles and can understand by hints too.

I believe that the translator is a very necessary profession in our time. Even if scientists continue to come up with ways to translate by machine, a live translator is much better. An interpreter is one who is a bridge between two sometimes completely different cultures and people, one who creates an atmosphere of mutual understanding, friendship and intercultural communication.

This profession will allow me to visit many countries. Met with a lot of people of the world and enjoy with them. Acquire acquaintances in the educated strata of society. And the most important thing is that I can visit those places of the globe that I have ever desired to visit such places in my life that I was look in movies, newspaper or magazines. After all, people accompanied by an interpreter, sooner or later, visit museums, theaters, exhibitions or amusement parks. And this means that they and there will need a person who understands the language of the host country.

Over time, I expect to explore the sights of some countries and become a guide accompanying groups of tourists. This will allow me not only to accompany people directly from Pakistan, but also conducting excursions, to reside in the territory of the country where I will work.

Of course, the work of an traductor does not always close on the tourist business. Sometimes it is due to fairly strict parameters in the translation of business meetings and visits to strict receptions. But in this case too I find a lot of prospects for myself. After all, these are meetings of business people, and such meetings have always interested me.

It seems to me that the work of an traductor is one of the best professions that only exist on the globe. 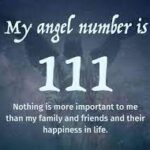 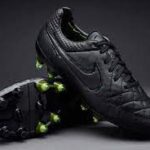