What is “The Fappening”?

“The Fappening” is a term that was coined in 2014 after a massive leak of private celebrity photos. The photos were leaked online, and many of them were nude or sexually explicit. The term “the fappening” has since been used to refer to any similar event, such as the 2017 leaks of private photos of actress Emma Watson and model Kate Upton.

While the leaks are often referred to as “hacking,” it’s typically believed that the celebrities’ iCloud accounts were simply compromised, rather than hacked. The Fappening has raised questions about the privacy of celebrities and the safety of iCloud. It has also resulted in legal action being taken against those who have shared the leaked photos.

How did the leak happen, The Fappening and who is responsible?

The Fappening was a leak of private, nude images of celebrities that took place in August 2014. The leak happened when an anonymous user posted a link to an online forum where the photos could be downloaded. The photos were widely circulated online, and many of the celebrities affected spoke out publicly about the invasion of their privacy.

While it’s not clear how the photos were originally obtained, some have speculated that they were stolen from iCloud accounts. Apple denied that their systems had been breached, but some users reported that their accounts had been accessed from unfamiliar devices. In the end, the Fappening was a major breach of privacy for dozens of celebrities, and it raised important questions about security and personal data.

What are the implications of the leak for celebrities and the general public alike?

In September 2014, a massive leak of private celebrity photos hit the Internet, resulting in an outpouring of shock and outrage. The so-called “fappening” had far-reaching implications for both celebrities and the general public. For celebrities, the leak was a violation of their privacy, and many were left feeling exposed and vulnerable. The leak also brought up questions about security and online safety.

For the general public, the leak raised awareness of the importance of cyber security. It also shone a light on the phenomenon of celebrity worship and the way that some people will go to extreme lengths to get a glimpse into the private lives of the rich and famous. In the end, the Fappening was a wake-up call for everyone, and its effects are still being felt today.

What kind of reaction has the leak generated from the public and the media?

The recent leak of celebrities’ private photos has generated a great deal of reaction from the public and the media. Many people are outraged that such a violation of privacy could take place, and some have even called for criminal charges to be filed against those responsible for the leak. Others have been more accepting of the situation, arguing that the celebrities should have known that their photos were at risk given the public nature of their lives.

Regardless of people’s individual opinions, it is clear that the leak has had a significant impact on the way we think about celebrity privacy. In an age where social media and camera phones are constantly present, it seems that no one is truly safe from having their personal moments exposed to the world.

How should we be thinking about privacy in light of this incident?

The recent celebrity photo leak, dubbed “The Fappening,” has many people wondering about the state of privacy in the digital age. While it’s always been important to be careful about what personal information you share online, the incident highlights just how vulnerable we all are to having our privacy invaded. First and foremost, it’s important to be aware of the risks.

Be careful about what personal information you share online, and think twice before posting anything that you wouldn’t want made public. In addition, make sure that your social media privacy settings are as restrictive as possible, and consider using a security program like TrueCrypt to encrypt sensitive files. By taking these precautions, we can help protect our privacy online.

What do we need to know about protecting our online identities and personal information going forward?”

In the wake of the “fappening” scandal. It’s clear that we need to be more careful than ever about protecting our online identities and personal information. The first step is to be aware of the risks. Hackers can access our personal information in a number of ways, including phishing attacks, malware, and social engineering. Once they have our information, they can use it to steal our money, our identities, and our data.

That’s why it’s important to take steps to protect ourselves. Such as using strong passwords, avoiding public Wi-Fi networks, and being careful about what we share online. We also need to be mindful of the companies we entrust with our personal information. Make sure they have strong security measures in place to protect your data. And don’t hesitate to contact them if you have any concerns. By taking these precautions, we can help keep our personal information safe from prying eyes.

How should people react to this situation and what can they do to help protect their privacy online?”

In September of 2014, a group of hackers gained access. To the private photos of over 100 celebrities and released them online. The event, which came to be known as. The Fappening,” sent shockwaves through the entertainment industry. And left many people wondering about the safety of their own private photos. While it’s impossible to completely protect oneself from hackers. There are a few steps that everyone can take to help safeguard their information.

Firstly, it’s important to use strong passwords and to change them on a regular basis. Additionally, people should be careful about what they share on social media and whom they add as friends or followers. Finally, it is wise to avoid clicking on links from unknown sources. As this can often lead to malware being installed on one’s computer. By taking these simple precautions, people can help protect themselves from becoming victims of hacking.

The fappening is a term used to describe the leaking of nude photos of celebrities in August 2014. The photos were leaked by someone who hacked into the iCloud accounts of various celebrities. Many people have criticized the victims of the hack for taking and storing nude photos on their phones. Others have argued that the victims are not at fault and that they should not be shamed or ridiculed. 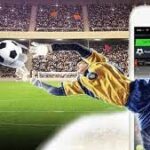 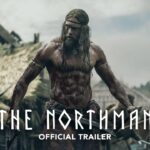