The tech stack needed to develop iOS apps depends on the specific app you want to create. If you’re looking to create a simple app with basic functionality, you won’t need as many tools and technologies as you would for a more complex app. In general, though, you’ll need some sort of code editor or integrated development environment (IDE), a software development kit (SDK) for iOS, and a way to test and debug your app.

The first step in creating an iOS app is to choose a code editor or IDE. This is the program that you’ll use to write the code for your app. There are a variety of different options available, and the one you choose will likely depend on your personal preferences. Some popular code editors and IDEs for iOS development include Xcode, AppCode, and Visual Studio Code.

The next step is to download and install the SDK for iOS. This SDK contains all of the tools and resources you need to develop iOS apps. It includes a compiler, debugger, and other necessary tools. The SDK also comes with a simulator, which allows you to test your app on a virtual version of an iOS device.

Once you have the code editor and SDK set up, you can start writing code for your app. As you write code, you’ll want to regularly test and debug your app to make sure everything is working as it should. The iOS simulator included with the SDK can be used for testing, but you may also want to use a physical iOS device for more accurate testing.

There are a number of different tools and technologies that you can use for testing and debugging iOS apps. Some popular options include the Xcode debugger, LLDB, and breakpoints.

There are a few different languages that can be used for developing iOS apps. The most popular options include Objective-C and Swift. Objective-C has been around for longer and is more widely used, but Swift is newer and becoming increasingly popular.

When choosing a language to use for developing your app, it’s important to consider your own skills and experience. If you’re more comfortable with Objective-C, then that may be the best option for you. However, if you’re open to learning a new language, Swift may be a better choice.

In general, Swift is considered to be easier to learn and use than Objective-C. It’s also more concise, so you can write code more quickly. Swift is also more flexible, which can make it easier to create more complex apps.

This is just a basic overview of the tech stack needed to develop iOS apps. As mentioned before, every iOS app is different and you may need to use additional tools and technologies depending on the specific app you’re creating. However, these are some of the basics that you’ll need to get started.

Zara Raza is the Marketing Lead at Sunvera Software. Sunvera is a local software development firm based in Irvine, CA, providing intelligent software solutions for small and mid-sized businesses as well as entrepreneurs and startups. 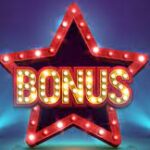