Max Greenfield was born on Sep 4, 1979 Dobbs Ferry, New York, U.S.A. He is an American Comedian actor. His comedy attracts most of the people towards him. The young generation become very impressed with his good personality and character. He appeared in recurring roles in Veronica Mars and Ugly Bettye co- starred as Schmidt in the Fox sitcom New Girl, for which he received nominations at the Primetime Emmy Awards, Critics Choice Television Awards and Golden Globe Awards.

Since 2018 Greenfield has portrayed Dave Johnson in the CBS sitcom The Neighborhood has another film in pipeline. He made his debut as a producer with the series ‘The Gentlemen’s League. ‘He is actively involved in many charitable activities and has supported several causes, such as education, environment, cancer, creative arts, and literacy.

He was Jewish and had a Saturday Night Live-themed Bar Mitzvah. He graduated from Dobbs Ferry High School in 1998.Greenfield played wide receiver for the football team at the Fistful Tess Sanchez was a casting director later she became the wife of Max Greenfield.

Greenfield started pursuing an acting career in 1998 After he graduated from high school. He appeared guest appearance on dramas

Greenfield had more success in supporting roles on Veronica Mars and Greek. In 2007 he landed recurring role on Ugly Bettye created, produced, and starred in the comedy series Gentlemen’s League for the Audience Network in 2010, which followed the real-life fantasy football League he ran with actor Jerry Ferrara. Greenfield had a featured role in When Do We Eat? as an internet tycoon who, after losing his fortune, becomes a Hasidic Jew.

In 2018 he was cast in lead role of Dave Johnson in the CBS comedy The neighborhood.

He took over the role from Josh Lawson, who played the character in the pilot episode on November 8, 2018, it was announced that Greenfield is set to reprise his role as Leo D’Amato in the 8-episode revival series of Veronica Mars.

In the same year, Greenfield was cast in the recurring role of the Denouement brothers on the third season of the Netflix comedy drama series A Series of Unfortunate Events.

Max Greenfield has worked with Young Storytellers Foundation on numerous occasions, stating that his own kids have inspired him to help children find self-confidence and creativity. He is well known as a young storyteller.

In 2014 he was nominated for The Streamy Award along with The Ars cheerio Paul Show’s cast for Best Ensemble Cast.

Similarly, he was nominated for Gold Derby Awards along with The Big Short’s Cast in 2016 and American Crime Story Cast in 2018 for Ensemble Cast and Ensemble of the year respectively.

See also  What You Need To Know: 4th Stimulus Check

Recently there are rumors of the actor’s death on the Facebook page. However, the rumors have now been confirmed a complete hoax and like other celebrities, he also has been victimized by this hoax.

Max’s Primary source of income is his Profession as actor. While playing the role of Schmidt in the television sitcom, ‘New Girls’ Max earned about $ 75,000 per episode.

Further his other income and real estate are still under review.

The actor has an impressive height of 5 feet 10 inches tall and his weight is around 73 kg. His chest, waist and bicep size are 43, 32 and 12 inches. Usually, he has black and beautiful shining hair.

The actor has verified social media sites including

On his Facebook page he has more than 259k followers. Similarly, he has a self-titled YouTube channel where he has uploaded his videos.

In 2004 he worked in a film Cross Bronx as the role Ike Green. In this film the role of Ike Green was very impressive. People liked it very much and gave him a lot of cheers. Similarly in 2005 a hit film ‘When Do we Eat? He played the role of Ethan in this film. In 2014 landed Veronica Mars movie as the role of Leo D’Amato. He proved as a good producer of movie First Fight.

In Television he worked in different type of comedy serials. He worked in a serial Undressed as a role of Victor. He worked in this serial just only three episodes. Similarly, he worked most popular dramas like as Boston Public, Gilmore Girls, Veronica Mars, Sleeper Cell, Modern Men, The O.C Ugly Betty, Life Kath & Kim, Raising the Bar, Melrose Place, Castle Lie to me and No Ordinary Family.

He also worked in the horror drama American Horror Story Hotel. In this drama he acted as Gabriele joined 5th season of this drama and worked only in three episodes.

Max has been Married to ‘Fox’ casting executive Tess Sanchez Since 2008.They have a beautiful daughter named Lilly, and a son Ozzie. They got engaged on their fifth anniversary.

Max’s favorite ‘New Girl’ episode was ‘Bad in Bed. His dream co-star is Ray Romano, and he wishes to play his son in some project.

Max is associated with several philanthropic causes and organizations.

He likes singing and music. He prefers singing to other activities.

His favorite food is Pizza and Burger, and favorite color is black so he is often dressed in black color. 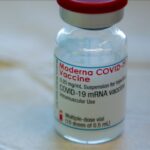 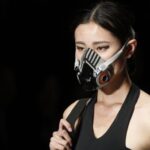