It’s uncommon to find an ISP with a network that extends throughout all 50 states. Around 70 million people presently have access to CenturyLink, with Arizona, Washington, Colorado, and Minnesota having the most coverage. CenturyLink, an internet service provider established in Louisiana, specializes in two areas of internet connectivity, including fiber and DSL. With a DSL network that reaches over 49 million people, CenturyLink ranks third among residential DSL providers in the country.

All about CenturyLink Internet Service Plans

There are two ways that CenturyLink Internet is offered, as we just stated. The majority of urban and suburban regions have the greatest DSL connectivity thanks to Fiber in the Loop. But in rural areas of the nation, the optic fiber backbone is less common, which results in slower speeds.

CenturyLink Fiber, which uses cutting-edge fiber optic technology, offers a 100 percent fiber connection in its coverage areas. In either case, CenturyLink has done a good job of offering state-of-the-art DSL and fiber internet connectivity to clients around the nation. One aspect of CenturyLink’s internet service that sticks out the most is its dependability in terms of pricing.

CenturyLink Internet Plans are not only super-affordable but also pretty high-coverage. Also, when you buy online for the CenturyLink Fiber Gigabit standalone deal, you receive a FREE modem and installation as well. How cool is that?

Internet Not Working On CenturyLink?

Initially, only having access to the internet was enough for most users, but today, everyone prioritizes having a quick and dependable internet connection. The explanation is straightforward: sluggish internet interferes with your daily activities and derails your goals. In addition to the aggravation brought on by a slow internet connection, you will constantly have to wait for your preferred online streaming program to buffer or settle for the grainy video quality.

Fortunately, there is a way to increase the speed of your CenturyLink internet service. We’ll outline how to use CenturyLink’s fastest internet speed before you need to get for repairs. If you search for it online, you will find many different explanations. The following two issues with CenturyLink, however, are the main causes of your lack of an internet connection:

How to Solve the CenturyLink Internet Issue?

There are only two different types of CenturyLink modems, and each one should have several blinking lights. To begin with, make sure your modem is getting any electricity at all. The far left corner of the modem houses the power light. If you notice anything other than a green power light, it should mean one of the following:

If you see a red or an amber light: When the modem’s power light is red or amber, its hardware is being tested. This light often remains red or amber for thirty seconds before turning green. Having stated that the following issues might arise if it doesn’t turn green:

See also  What is AniMixPlay?

If you don’t see any light: If there are no lights at all on the modem, make sure the power cord is plugged in and check it again. However, there is a good chance that the outlet is not giving any power if you are still not receiving any electricity after plugging it in. There may be a more serious issue than we realize if the power outlet is dead. It is preferable to hire an electrician in this situation to have a look and fix your electrical outlet.

Try completely restarting your internet modem if tweaking and resetting it haven’t helped you regain access to CenturyLink.

The location of the wireless modem or router has a significant influence on internet speed. Therefore, you are certain to experience Wi-Fi signal problems if your internet equipment is not positioned in a central area of your home and the area surrounding it is congested. The performance of your wireless connection is also impacted by the separation between the gateway and any connected devices.

A major risk when using in-home Wi-Fi is interference. If you reside in a heavily populated location, this might be the case. Similar to how electrical home appliances might interfere with Wi-Fi signals, other wireless networks in the area are likely to interfere with yours since Wi-Fi signals travel across an “unlicensed spectrum,” making the connection unstable. While interacting with your devices, wireless modern/routers may change channels.

Routers often pick the channel automatically, but if other Wi-Fi networks are also using it, congestion is almost certain. Nowadays, the majority of wireless modems and routers are designed so that you may use the Wireless Settings menu to select the appropriate channel for your location and modify it as necessary.

Additionally, dual-band routers allow you to have two networks that show up in connected devices’ lists of accessible networks. Therefore, you have the option of connecting each device to any of the two.

To Put It All Bluntly!

There you go, then! We have provided some solutions for fixing CenturyLink Internet. We also have a remedy if you believe that the issue is with a poor signal rather than the internet. Visit BuyTVInternetPhone to learn more about the fantastic CenturyLink alternatives that are available to you or to upgrade your plan for improved performance. 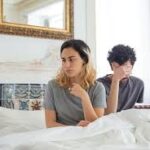