Ever heard of Junko Furuta? What happened? Did she ever get justice?

Junko Furuta November 22, 1989. A sixteen-year-old Japanese lady was killed after she underwent forty days
of rape and torture at the hands of her captors. She was abducted, raped, and tortured before she
was killed and put inside a concrete drum 40 days later. Because she was found in a concrete
drum, her murder case was given a name. Her murder case was called the &quot;concrete-encased high school girl murder case&quot; (女子高生コンクリート詰め殺人事件). The case of Junko Furuta drew national attention because of the sheer brutality the woman needed to undergo before demise found her.

 Who really is Junko Furuta?

Ever heard of Furuta? Well here&#39;s a brief history:

Furuta was born in Misato, Saitama Japan. She lived along with her mother and father, her older
brother, and her more youthful brother. As a teenager, she attended Yashio-Minami High School
and worked part-time at a plastic molding factory after-school starting October 1988. She did
this to store up cash for a graduation trip that she planned. Junko Furuta also worked at an
electronic retailer, where she hoped she&#39;ll be working after graduation from school.

 Who were her killers?

Now you are probably wondering who could have done this to Furuta? How can someone be so
heartless? You probably are imagining a giant man taking pleasure in torturing the young girl
and making her suffer but no. There was no giant; instead, there were four teenage boys about the same age as Furuta but slightly older.

Hiroshi Miyano who was 18 years old, Shinji Minato who was the same age as Junko Furuta,
Jō Ogura, and Yasushi Watanabe were both 17. These were the killers of this innocent, harmless
Japanese girl. This gang was somewhat notorious for kidnapping and sexually assaulting young innocent girls and had kidnapped a girl recently before Furuta.

On that fateful day, 25 November 1988, Miyano and Minato were wandering around Misato
looking for innocent women to rob and rape. They then saw Furuta coming back from her shift
job and Miyano instructed Minato to kick Junko Furuta off her bike and flee. This he did after
which Miyano pretended to be a passerby and walked towards Furuta and offered to walk her
home safely. Unknowingly, she accepted the offer and was led to a warehouse closeby by Miyano and raped.

She was also raped in a hotel where Miyano called Minato and his other pals and bragged to
them about the rape. Ogura reportedly requested Miyano to maintain her in captivity so one can allow several people to sexually assault her.

Around 3:00 am, Miyano took Junko Furuta to a park where Minato,

Ogura, and Watanabewere already waiting. They found out where she lived and threatened to kill her family if she escaped or made an attempt to. She was held captive in the Minato residence for 40 days, wherein they repeatedly beastly raped and tortured her. They called in many of their pals at
different times to have sex with Furuta at Minato&#39;s parents&#39; house which became the gang&#39;s hideout.

On 4 January 1989, Miyano took his anger out on Junko Furuta by pouring lighter fluid on her
frame and putting her on fire. Furuta tried to put out the fireplace but progressively became
unresponsive. After she became kicked, she fell onto a stereo unit and collapsed right into a suit
of convulsions. Since she changed into bleeding profusely, and pus became rising from her
inflamed burns, the four boys blanketed their hands in plastic bags. They persevered to overcome
her and dropped an iron workout ball onto her belly in numerous instances. The assault
reportedly lasted two hours. Junko Furuta in the end succumbed to her wounds and died.

 Did she ever get justice?

After her death, Furuta&#39;s killers were sentenced to court but the court covered the identities of the boys because they were juveniles. However, journalists from a popular magazine discovered
their identities and published them, saying that their crime was too severe to still preserve their
rights. All 4 boys admitted to &quot;committing physical damage to Junko Furuta that led to the loss
of her life,&quot; instead of her murder. A lower court sentenced Miyano the leader of the crime to 17 years in prison in July 1990. He appealed this sentence and got additional 3 years making 20
years in total. This was the longest sentence given in Japan before the life sentence. Miyano was
denied parole in 2004, released from jail in 2009 and In January 2013, Miyano was re-arrested
for fraud. Due to inadequate evidence, he was released without charge later that month.

Yasushi Watanabe was first sentenced to 4 years in prison, and later seven years. He was 17 at
the time of the murder. Jō Ogura For his role in the crime served eight years in a juvenile jail and
was released in August 1999. He changed into 17 at the time of the homicide.

Nobuharu Minato (now Shinji Minato), who firstly obtained a four-to-six-yr sentence, was re-
sentenced to 5 to nine years with the aid of Judge Ryūji Yanase upon enchantment. He turned sixteen at the time of the homicide.

In this unfortunate turn of events, Junko Furuta was buried on April 2nd, 1989 with her family and friends present. The company she would have worked for also brought the uniform she would have worn if she had indeed started the job as planned. The uniform was placed in her casket. During her graduation, Furuta&#39;s faculty presented her with a high school diploma, which was given to her mother and father. The area near where Furuta&#39;s body was found has since been developed and is now known as Wakasu park. At the time Junko Furuta&#39;s people were worried about a US-inspired epidemic of violent crime, what they called the &quot;American disorder&quot;. 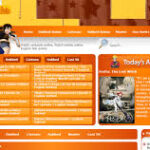 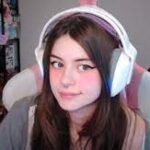