Even though the world has advanced in various fields, gender discrimination is still a prevailing issue in various industries. While discrimination can happen to people of any gender, women still face this issue predominantly. This is more likely to happen in a male-dominated industry.

Common examples of gender discrimination in the workplace

Being paid less for the same amount or type of work is the most common form of gender discrimination activity in Charlotte. Even though the human race has advanced in many aspects, some people still consider it normal to pay women less for the same work men do. An employer should only look at the work done and not the employer’s gender when it comes to payments.

Being discriminated against during your job interview is a very subtle way of gender discrimination, which is why most people remain unaware of it. There are certain questions that employers only ask women, such as “Do you have children?” or “Do you plan on having children anytime soon?”

Asking these questions is considered discriminatory because a woman’s wishes to have children do not have anything to do with her skills. The interview should only be about the job position and whether she has the right skills and knowledge for it, nothing else.

A majority percentage of women go through pregnancy at least once in their life. Still, some companies discriminate against their pregnant employees and treat them differently. They may hesitate to hire pregnant women seeking jobs because of their potential to leave the workforce for a period of time.

See also  Where To Begin With Your RTO Registration

Similarly, pregnant women might be denied promotions and senior positions for the same reasons. It has been found that pregnant women and working mothers tend to earn less money than their male colleagues.

It is gender discrimination if you have been disciplined for doing certain activities that the employees of another gender get a free pass for. This might happen because of what others expect of you because of your gender identity. However, there should be consistent standards of discipline for people of all genders. You should not have to align with someone else’s expectations of your gender. 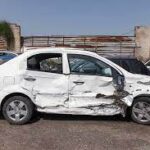 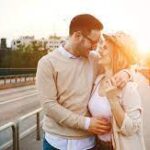